Between Ship and Shore Part One 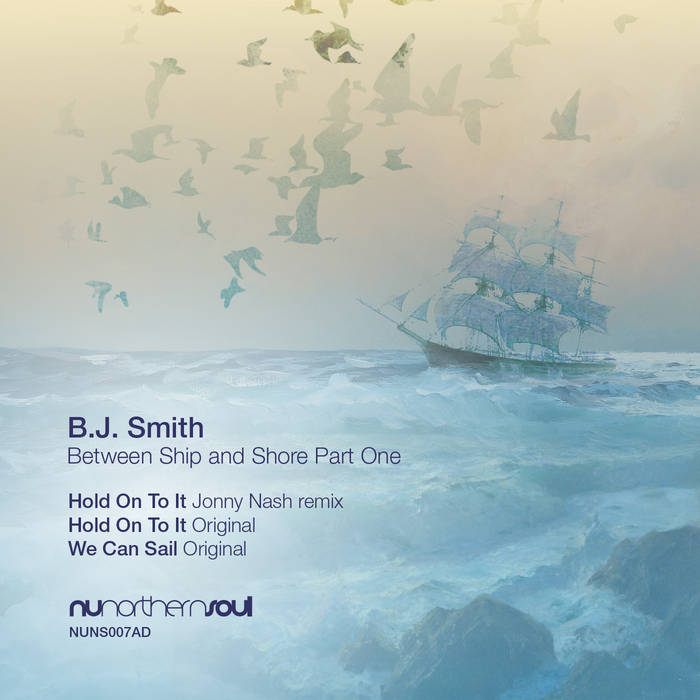 Ben Smith returns with a raft of solo material after his debut release on NuNorthern Soul back in 2012. The Movedrill projects saw Ben weave between rock and folk roots and this latest projects sees Ben push the folk sound he has become known and respected for. Renowned as a multi instrumentalist B.J. Smith is perhaps best known for his wonderful ‘Dedications to the Greats’ release which saw him cover Mos Def, The Pharcyde and OutKast in his own unique style, Ben is also half of Balearic super duo, Smith & Mudd and one third of White Elephant with Jim and Chris from Crazy P.

This release forms part of a series of x3 12”s and will include mixes from Jonny Nash and A Man Called Adam.

Between Ship and Shore is a selection of folk songs that Ben has been crafting between his London home and summers spent in Cornwall and the results speak for themselves. One man and his guitar and his tales of time spent by the wonderful coastline of the South West of the UK and a hint of the Scottish Highlands.

JJ Cale, Terry Callier and John Martyn all influence and inspire Ben, and this is apparent in his subtle yet powerful tales.

'Hold On To It' utilises Ben's harmonious vocals and guitar playing skills to set the mood and building towards the main body of the track which unleashes a barrage of drums and percussion, the calm before the storm one might say, while the nagging vocal refrain of ‘Hold On To It’ urges the listener to do just that…

Cosmic folkster, Jonny Nash takes ‘Hold On To It’ and adds his unique and prestigious style to proceedings, creating an ambient journey of early morning fog bound coastlines with haunting guitar work that ebbs and flows like the tide and adding off kilter and muted vocals to create the erie ambience of solitude and calm.

'We Can Sail’ once again see’s Ben show his great vocal skills, this sublime relaxed outing washes around the listeners like the gentle waves lapping the shore. Ben adds brass stabs and harmonies that take this tracks soaring into the blue skies and adding plenty of space to allow it to hover and swirl like a gull on the sea breeze.

Check the wonderful review over on Test Pressing - testpressing.org/2015/07/b-j-smith-between-ship-and-shore-part-one-nunorthern-soul/

Guests include Kassa Overall and Muriel Grossman, plus an LP of the week by Van Hunt.