Get fresh music recommendations delivered to your inbox every Friday.
We've updated our Terms of Use. You can review the changes here.

Sun When You Come / Shinrin​-​Yoku 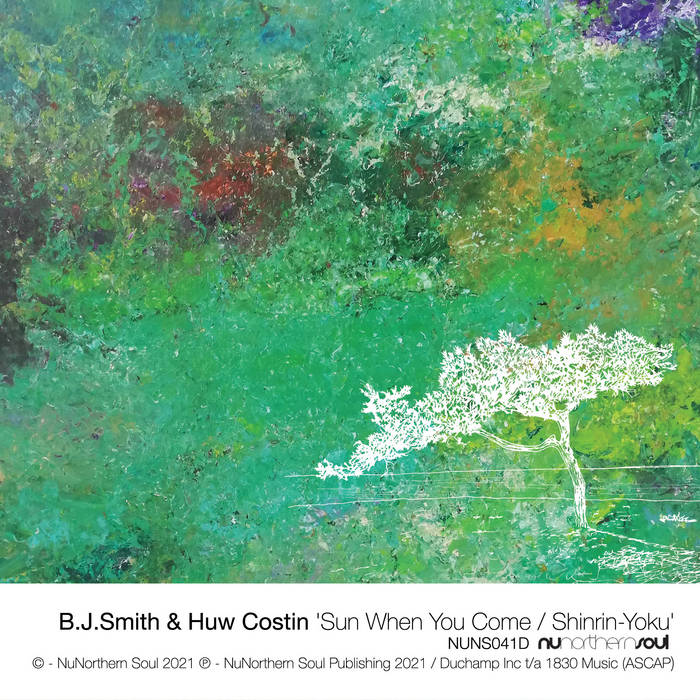 With summer sunshine turning to the fading light of autumn, NuNorthern Soul brings the curtain down on its Hints of Ibiza series with an eighth and final release – a superb, two-track missive from old pals Benjamin J Smith and Huw Costin.

The pair first worked together way back in 2007 during the sessions for Blue River, Smith’s first collaborative full-length with regular studio partner Paul ‘Mudd’ Murphy. Costin provided evocative vocals for several tracks on that set, and ever since he and Smith have remained in contact.

This virtual double A-side for NuNorthern Soul is the pair’s first joint release. It begins with the undeniably magical ‘Sun When You Come’, which recently featured on the label’s recent Summer Selections Three EP. The track is warming, hazy and gently psychedelic, with Costin’s reverb-laden vocals winding their way around glistening guitars, shruti box drones, twinkling electric piano solos, gentle hand percussion and a suitably slow-motion groove. Immersive and emotion-rich, it sounds like a 21st century Balearic classic in the making.

‘Shirin-Yoku’ is, if anything, even more spellbinding. After opening with a tactile, saucer-eyed mix of atmospheric field recordings, acoustic guitar and billowing ambient chords, the pair introduces another laidback but impactful groove. Onto this – part jazz-funk, part West Coast rock – Smith and Costin add all manner of sun-kissed sonic touches. The result is a vivid musical illustration that’s almost as colourful and impactful as the accompanying artwork from painter Helen Sadler, whose White Isle-inspired work has featured on every EP in the Hints of Ibiza series.
helensadler.bandcamp.com

Quelle Chris joins the show to discuss his most recent release, "DEATHFAME"