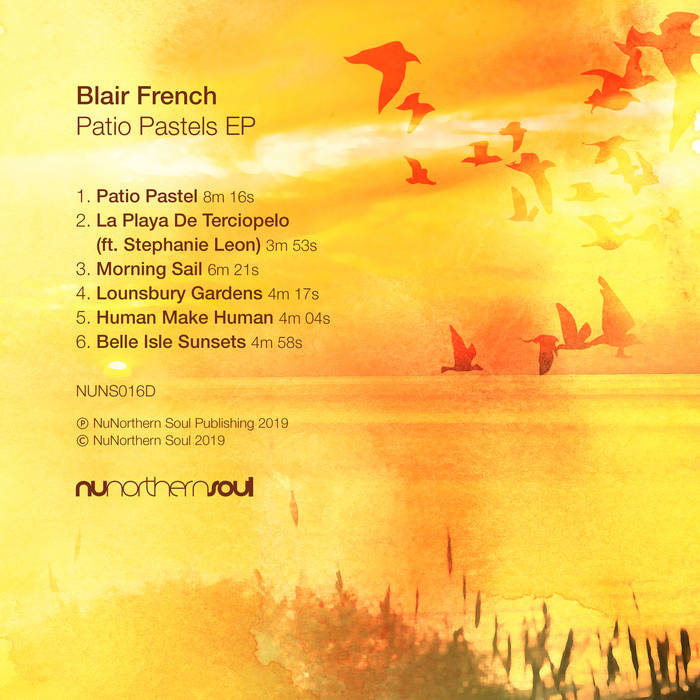 Yiannis Nova Dorakis Blair French's latest 12'', its finest today and most familiar and clearly 100% #BalearicForYou, it is offering barefoot languid grooves which are featuring minimal synth rhythms that armed with soft percussive ageless White Island miniatures and 'whispered' soundscapes perfect for lazy Balearic use and sea water guide survival. Simply one of the most playable releases in my turntables the last weeks, day and night.

Phil Cooper It is a true audio journey and its been a pleasure to be involved in putting this release out.

badgervsbaboon Wonderful stuff again from Phil' stable of balearic donkeys. Very little know about this chap in our camp but we're already sold. Big fans. Will be able to play all of this release at Pikes over the summer ahead.

2017, Blair French came out of hibernation to release contrasting but similarly sun-kissed EPs on Rocksteady Disco and Claremont 56. Here, he returns to action with a scintillatingly sunny and sensual six-tracker on NuNorthern Soul that may well be his strongest release to date.

Given French’s chameleon-like musical history, that’s certainly a bold claim. Over the years, he’s been a member of a multitude of musical collectives – most notably Cosmic Handshakes and Formless Figures – established his own DIY record label (Fat Finger Cosmic) and released music that touches on a dizzying array of styles, from award-winning movie soundtracks and Afro-fired deep house, to skewed techno, blissful ambience and experimental hip-hop.

On Patio Pastel, French is in full on sand-between-the-toes Balearic mood, delivering a range of lucid, ear-pleasing compositions that will sashay their way into your consciousness. Contrast, for example, the drowsy organs, glistening pedal steel and undulating hand percussion of opener “Patio Pastel” with the Serge Gainsbourg style chanson-goes-tropical bliss of “La Playa De Tercipelo”, which features some deliciously breathy vocals from Stephanie Lyon.

Featuring Gary Bartz, 5 years of Rhythm Section Intl and an LP of the week by Nicolas Jaar