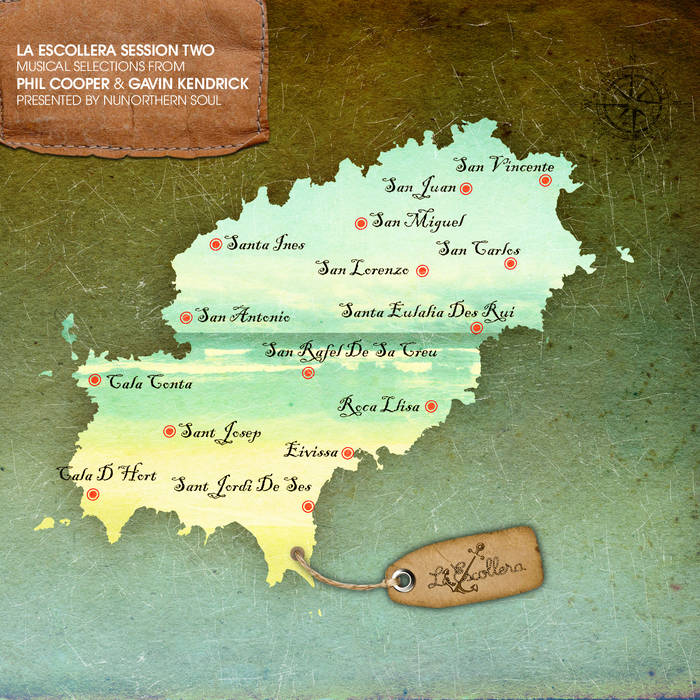 DJ Steve Bruce this was my favourite tune of summer 2015! Favorite track: I've Been Around.

Tucked away on the southern tip of the island in the paradisiacal Ses Salines natural reserve lies La Escollera, an exquisite eatery owned by Dani González, son of the Spanish actor Gaspar ‘Indio’ González. Next to the magical pine forest is the restaurant's beachfront terrace where resident DJs soundtrack sweltering summer afternoons with an authentic Balearic selection of undiscovered musical gems and left-of-centre audio delights that where captured on the first La Escollera CD released to critical acclaim in 2014.

Phil Cooper and Gavin Kendrick return for the new season with a record bag full of treats and treasures, distilled here to perfection is the much-requested compilation La Escollera Session Two, the connoisseur's choice and the musical gem in the heart of the island.

NuNorthern Soul label owner ‘Phat’ Phil Cooper, no stranger to Ibiza, was invited to play across the festive season of 2013 / 2014 and immediately fell in love with the venue and the fact he could play across the board, delving deep into his collection of rare and wonderful music picked up from years of extensive travelling.

Gavin Kendrick has been playing on the terrace which is at the side of the restaurant for several summers, and the space allows him to spin Jazz, Folk, Rare Groove, Hip Hop, House and Soul, to quote him, ‘this special time on the island is perfect for really getting inside your music collection, airing the b-sides and album tracks that rarely otherwise get their chance to shine’.