Dedications to the Greats part 2 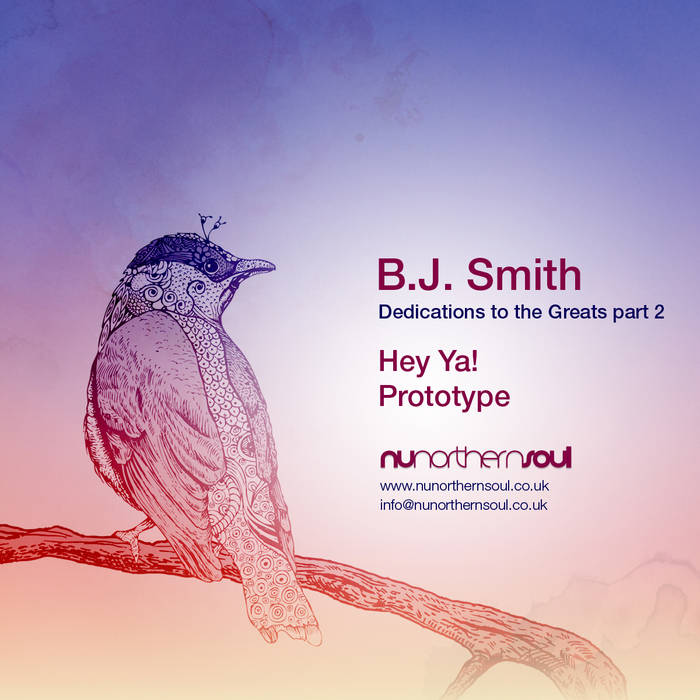 Jason Feinstein At first, £4.50 seems pricey for just too tracks. However, I have gotten so much more value than that from the smooth summertime sunset grooves in these absolutely fantastic Outkast covers. Favorite track: Hey Ya!.

A little over a year ago NuNorthern Soul brought you BJ Smith's gorgeous cover versions of two Hip Hop classics. Last time out he tackled Mos Def’s ‘Umi Says’ which Gilles Peterson proclaimed as the ‘soundtrack to sunsets for years to come’ and The Pharcydes ‘Runnin’ Away’; this time he is bringing his unique touch to the recently-reunited Outkast.

Andre 3000 and Big Boi are hitting the festival circuit during the summer; this celebration of their greatest work should tide you over until they get back into the studio. And would they approve of these two radical re-interpretations of their music? We like to think so, see what you think.

KEV BEADLE, SunCeBeat, SPW, Mindfluid, UK - So good to see the very talented BJ Smith is back turning two more heavyweight hip hop tracks on their head and taking them off on a folk/soul tangent again. Big music for summer '14 Played on Mindfluid 17th June 2014 bit.ly/1piixVh

RICHARD DORFMEISTER, Germany - Thanks for the music.. I think the "Hey Ya!" version works well...

CHRIS COCO, UK - That single is genius. I love it. Prototype on the show next week.

LEFTO, Belgium - Prototype is the one!

ALFREDO, Ibiza Legend - I really love it both of the tracks and this is a serious statement! Great versions, I like so much the Brazilian feeling on them…

STEVE COBBY, Fila Brazillia, UK - Interesting, I like the interpretations. Not what I expected. Very easy on the ear.

DOM SERVINI, WahWah45, UK - the new BJ Smith is outstanding! Will be smashing that at Southern Soul this year!!!!

ADAM SCRIMSHIRE, WahWah45, UK - Prototype is insane! This will be getting worn out over the summer. Cannot wait to play it on sand this week. Beautiful, clever and tasteful cover from BJ as always.

BILL BREWSTER, DJHistory.com UK - I really love a cover version that turns a tune on its head... I really rate this... Thats got Sunsets at Cafe Del Mar written all over it. (Hey Ya!)

MICHAEL RUTTEN, Soul Searchin' Radio, Germany - Thanks a lot, like the Hey Ya! very much !!! Will support.

ANDY TAYLOR, We Are Sunset, UK - These sound great. Ben's a top musician - Every project he gets involved with is pretty special.

MARK 'CHINNEY' DAVIS, Cowbell Radio, Alfesco Festival, Blackpool, UK - Got to admit when I saw 'Hey Ya!' my eyes rolled, refreshingly good though and will defo play next time I am on air and give it a big plug.

PAUL KAMINSKI, Birmingham, UK - It's really hard to pick a favourite out of these 2 as they are both just awesome! I'll definitely be playing these all summer.

MO NUNEZ, Australia - Cool covers, this will work extremely well over the Ibiza season, i can imagine playing both these tracks over the sunset period, beachside. Prototype is my choice, very cool and balearic. Nice work BJ!

Interviews With Butcher Brown and Slauson Malone, plus LP of the week by SAULT.